Everything You Need to Know About the 2022 Winter Olympics

The Winter Olympics runs across 17 days jam-packed with various thrilling events. Athletes will come together from all around the globe to go head-to-head in a record of 109 events, over 15 disciplines in 7 sports. Seven new events are making their debut for the 2022 Winter

Around 2,900 athletes will compete in this year's events, with the most gender-balanced edition of the Olympic Winter Games to date – 55 percent male / 45 percent female. There are three separate competition zones, Beijing, Yanqing, and Zhangjiakou, incorporating 13 competition venues. 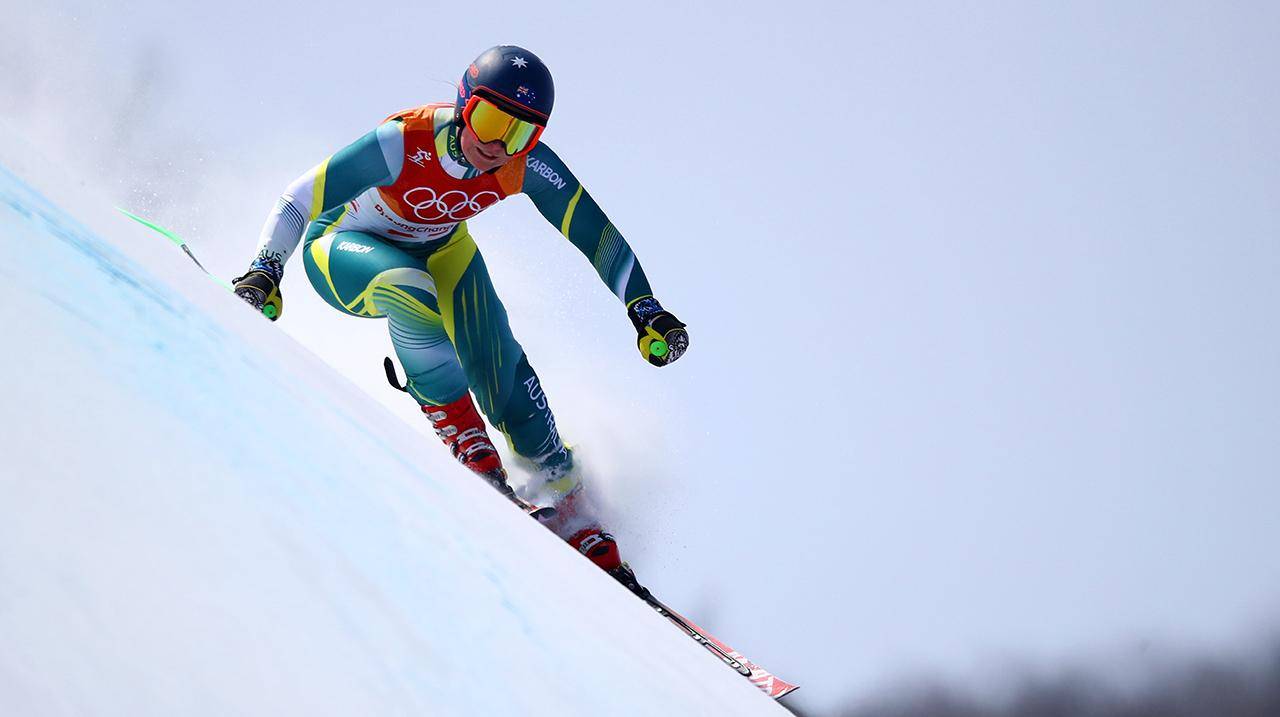 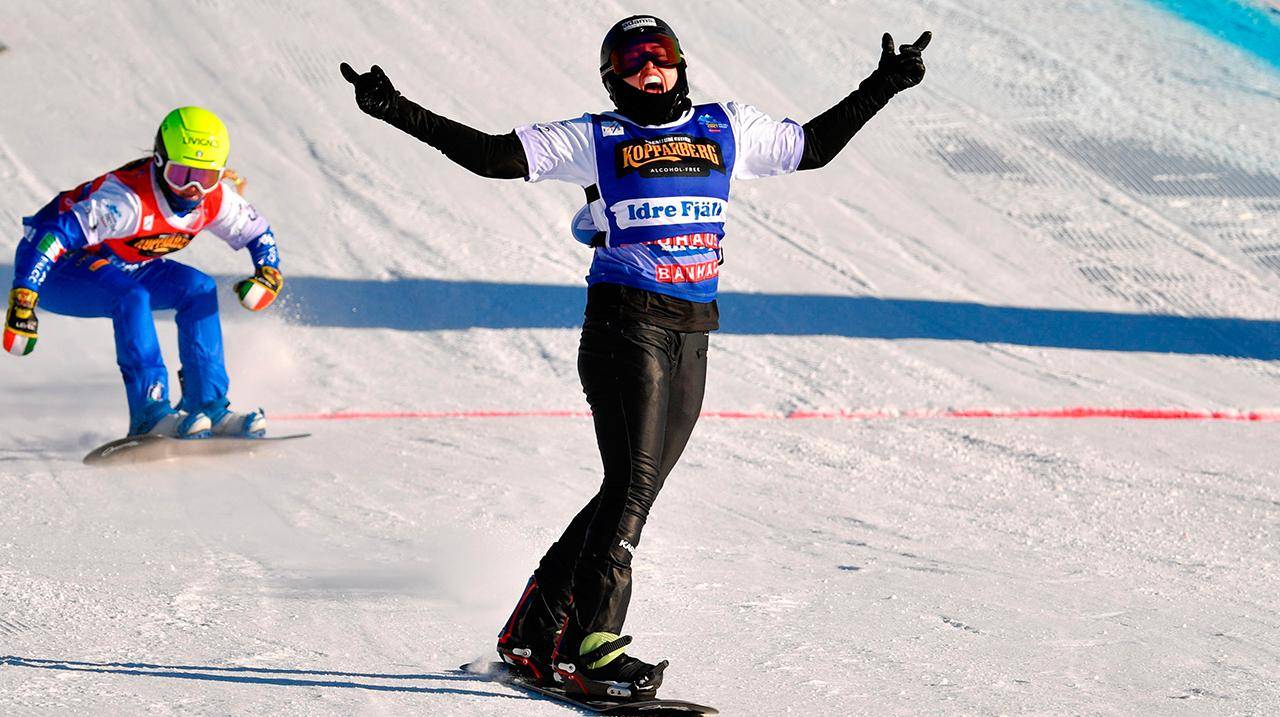 Where Can You Watch the 2022 Winter Olympics?

Channel 7 and Channel 7plus are Australia's hosts for the 2022 Winter Olympic Games. You will be able to watch it for free throughout the 17 days by making an account through Channel 7 online, and you'll have access to any event at any time.

In partnership with Sportscraft and Volley, Australia's Winter Olympic formal uniforms for 2022 are exceptional. The uniform's unique part is featured inside the coat, highlighting the names of all 265 Australian Winter Olympians, from our first Winter competitor Kenneth Kennedy in 1936 to Olympic champions like Alisa Camplin, Torah Bright, and Steven Bradbury.

The uniform incorporates a tapered chino pant in an emerald hue along with a grey marle crew neck knit for the males and a turtleneck knit for the female athletes. The uniform is finished with the official wool scarf, necktie, and belt. Volley helped design a limited-edition version of their Overgrip boot, with an embossed Australian Olympic Team logo and iconic herringbone-patterned sole. The 2022 Winter Olympic Games uniform is stunning, with an authentic Australian touch, bringing the athletes together throughout the games. 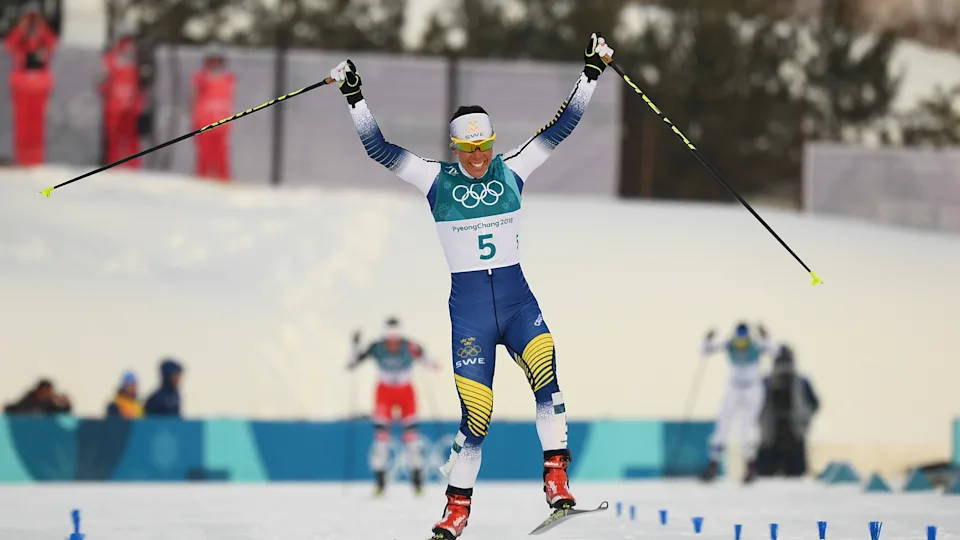 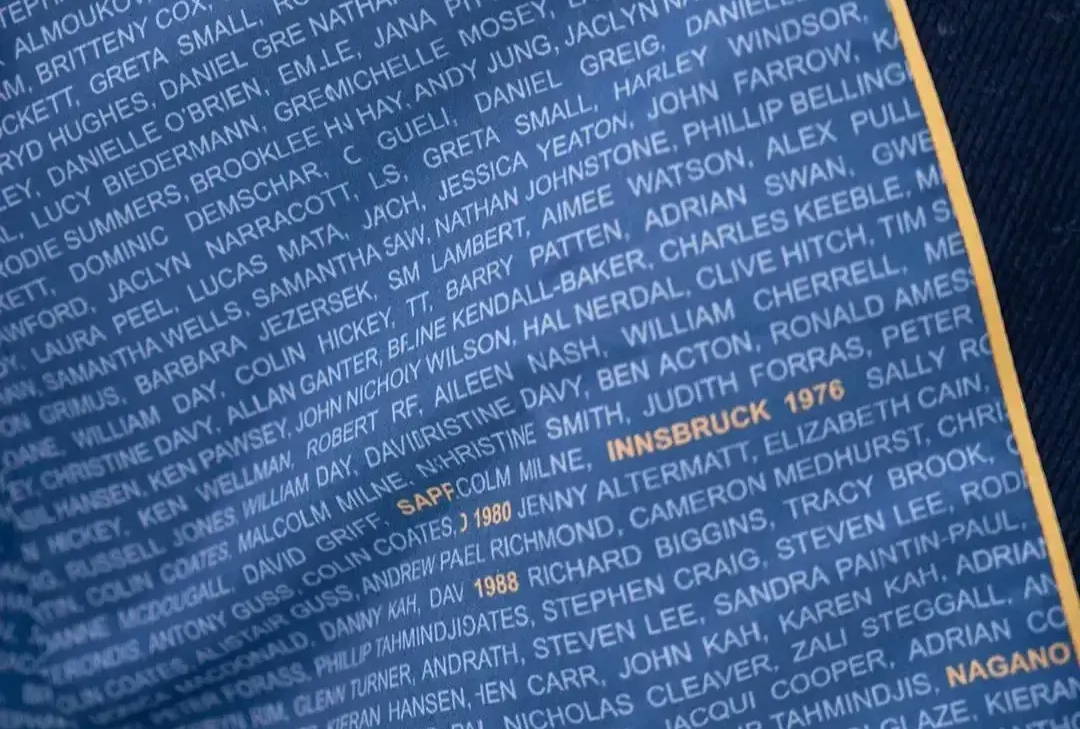 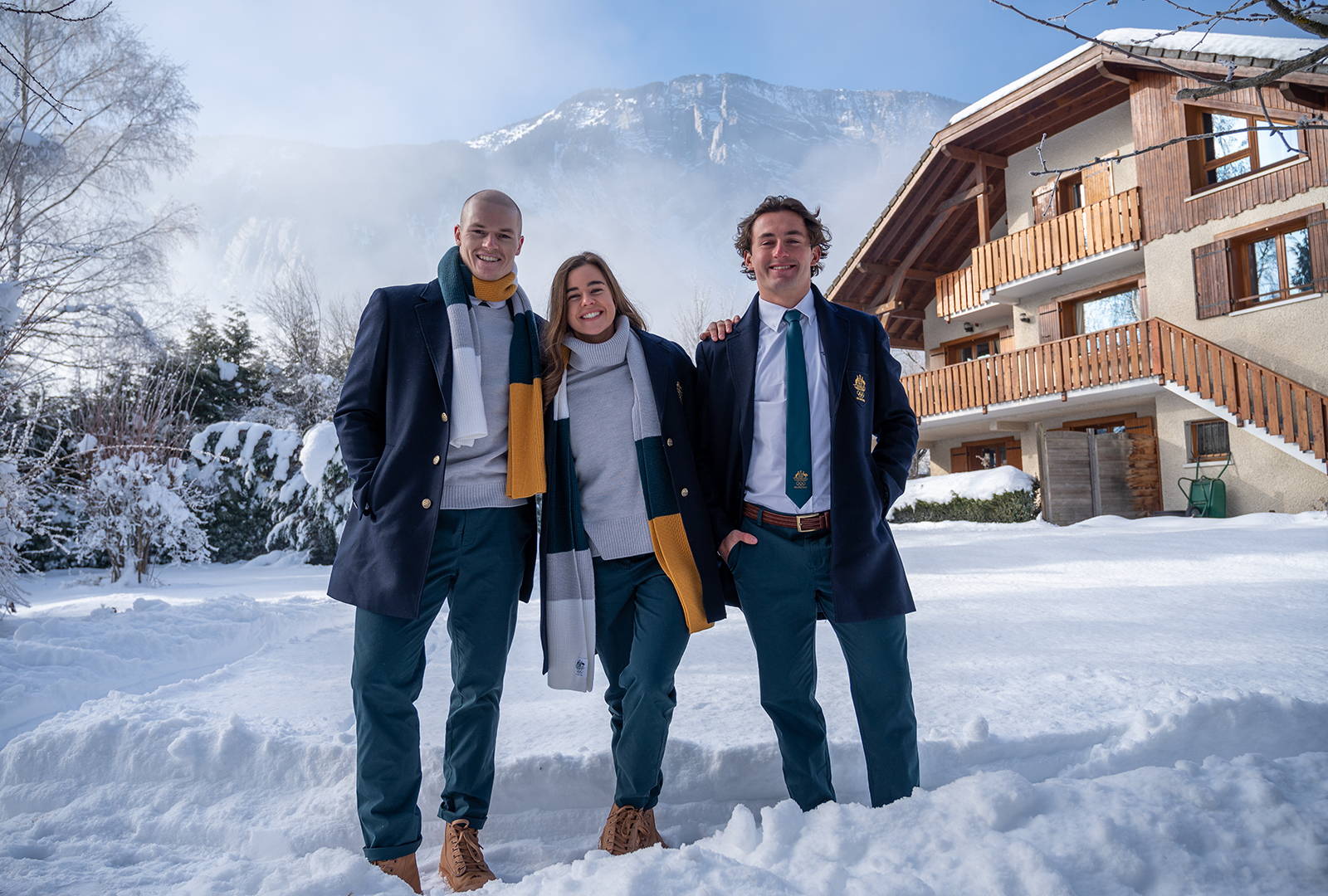 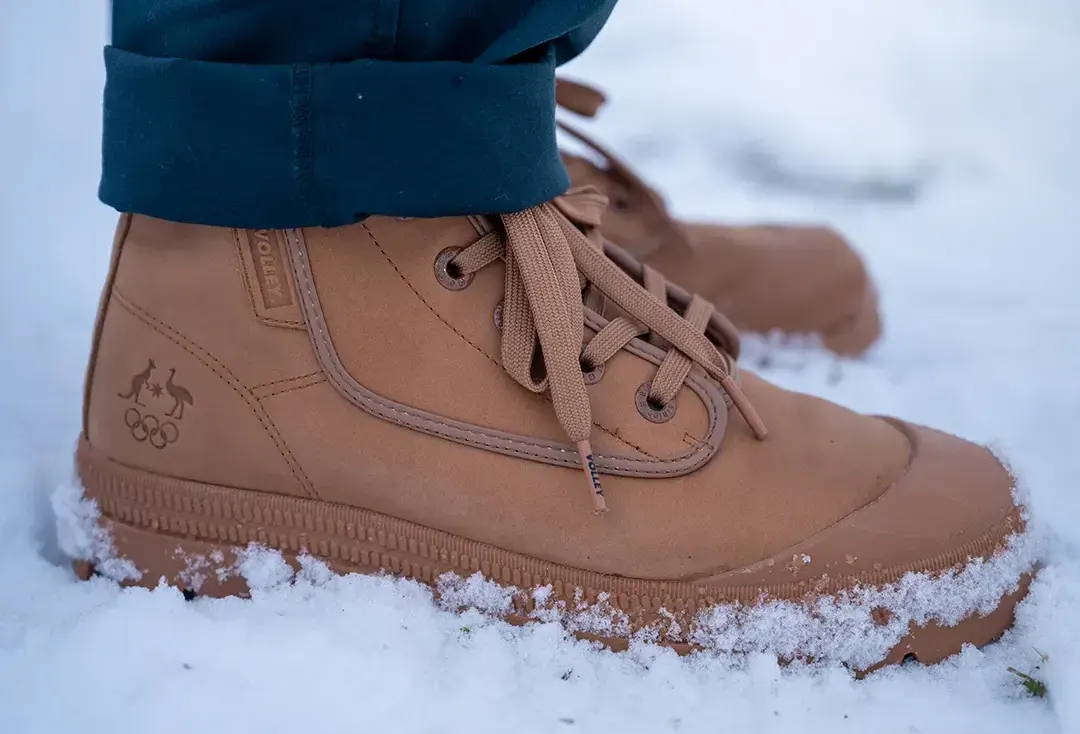 Some of the Australian Athletes Heading to 2022 Winter Olympic Games:

Over the past few months, our Australian Athletes have been fighting hard to qualify for the Beijing 2022 Winter Olympics. With various events running throughout the end of 2021 into January 2022, athletes are overseas working hard on the slopes.

We will have a plethora of athletes to watch this year, with some athletes making a return to the Olympic games and others heading out for their debut.

Making Australian history are two incredible Curling athletes, Tahli Gill and Dean Hewitt. The pair have recently been announced to make their debut at the 2022 Winter Olympics, making them Australia's first Olympic curlers.

Just one month after snapping his collarbone in a training crash, Matt Graham has made a miraculous return to the jumps, training hard for his third Winter Olympic Games in Beijing.

Kerry and Craine Australian Figure Skaters lock in a spot to go head to head against other nations in the 2022 Beijing Winter Olympics.

Jackie Narracott wins her first World Cup in the skeleton event in St Moritz, shooting her into the Winter Olympics. Jackie broke the track record with a time of 1:08.72 seconds on her first run.

Brendan Corey will make his Olympic debut in the men's short track speed skating, competing in the 500m and 1000m events. 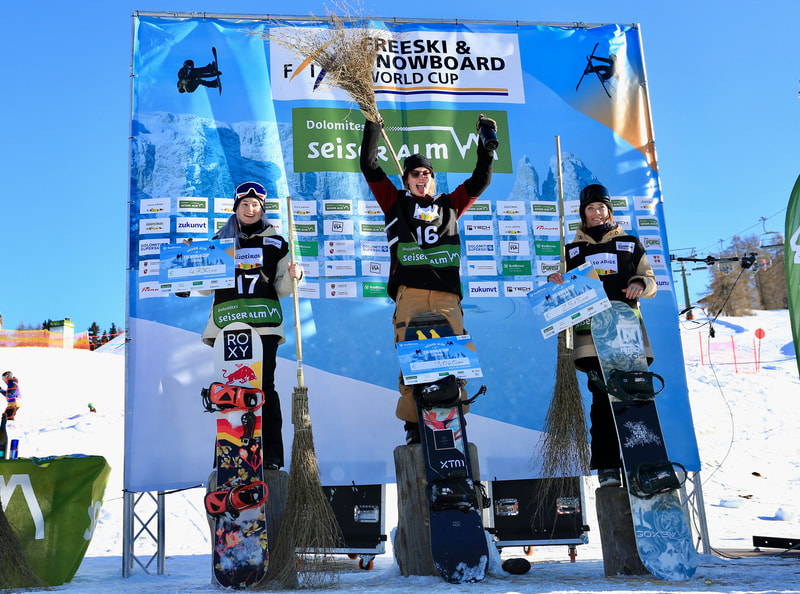 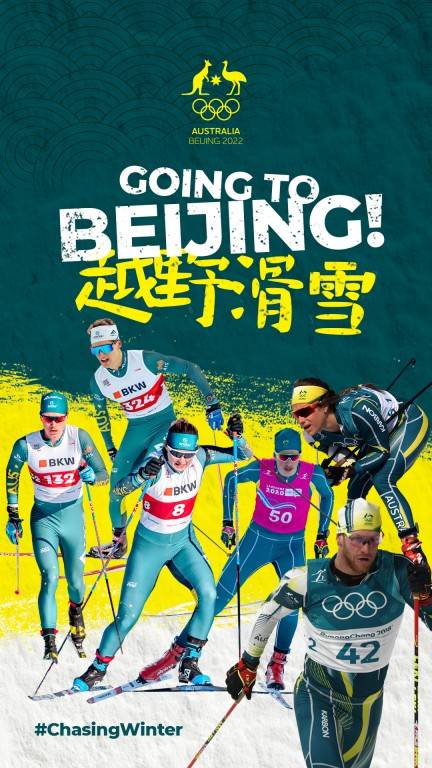 Eight mogul athletes and three aerial skiers have been announced in the Australian Winter Olympic Team for Beijing by the Australian Olympic Committee.

The Halfpine event features a mix of experienced athletes making their return to the slopes and youth Olympic debutants making an appearance.

The Winter Olympics are nothing short of spectacular, and 2022 will be one to remember. With many Australians’ making their Olympic debut and other athletes returning, it will be an intense competition out on the slopes this year. The Winter Olympics is getting us excited for our snow season this year. Get inspiration from your favourite athletes, drop into the store or jump online, and find your ultimate gear to shred up the slopes this year, just like our incredible Australian athletes.

Designed just for the olympic games and premiering Oakley's all new Prizm Rose Gold Lens, you will see all of Oakley's atheletes wearing the same limitec edition colourway throughout the 2022 Beijing Winter Olympic Games.

Each athlete’s journey is inspired by those who paved the path before them and those who are with them along the way. The Unity Collection was inspired by this generation of athletes who have gone further – together. Team Oakley unites under this collection to lift each other up on the world’s biggest stage, and we hope it inspires and empowers athletes of all levels to pursue their own journey.

and WAKE PARKS IN australia

If you're going snowboarding soon, you'll need a high-quality snowboard jacket to protect you from the cold temperatures, snow, and water or moisture. Look no further than Volcom's 2022/2023 Outerwear range that will make you stand out on the slopes!
Read More We all know that getting out in the snow is one of the nicest things to do in the winter, so there is no better time than now to browse the best snow gear for a trip to the slopes! Here's a list of 10 best snow products for 2023.
Read More Burton has been at the forefront of many of the advancements in snowboarding over the years, creating ground-breaking products, supporting the best riders in the world. Here are the best Burton 2023 Snow Products you need!
Read More